Welcome to my New site! Check out my Fitness Journey! See now
A few friends of mine from {Maltese Crossfit} got together on Saturday to get DOWN AND DIRTY!! 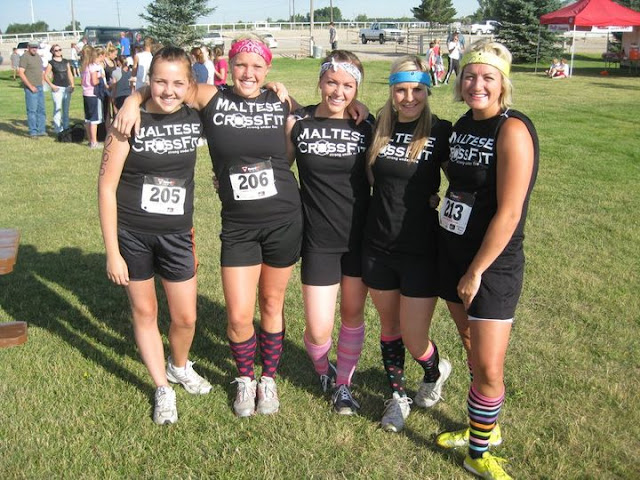 Notice the cute socks and headbands!! 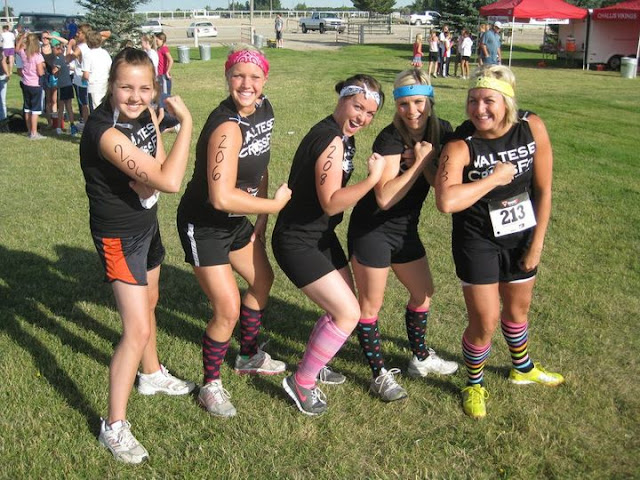 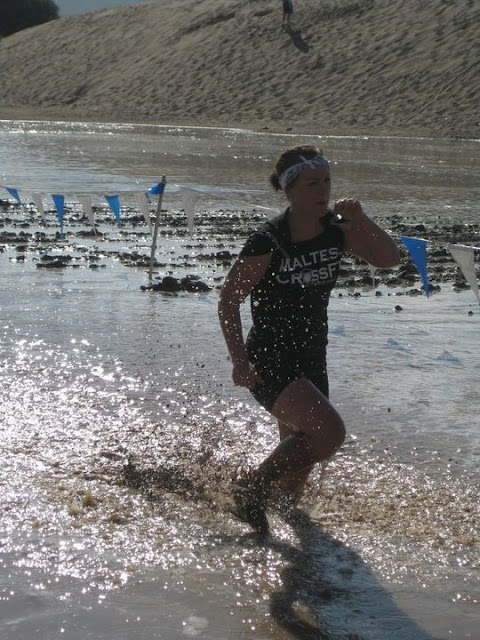 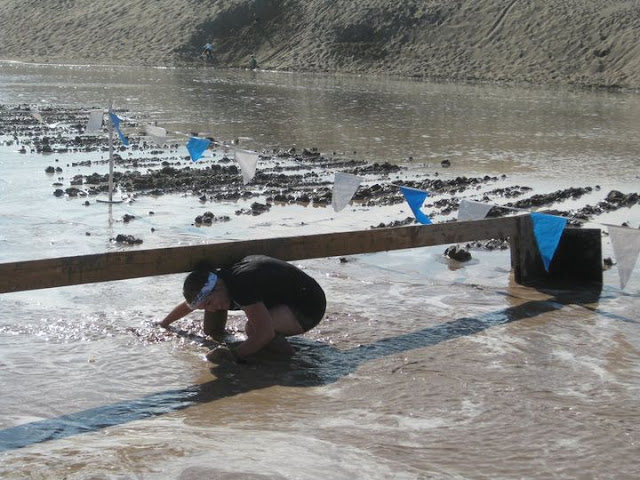 You literally SANK in the mud!!
I was doing all I could just to not fall! 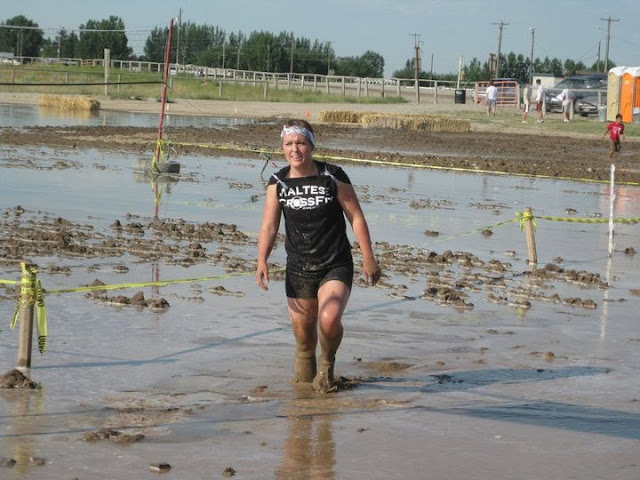 I’m not really sure what I was going for here!!
BUT…I’ll post the picture anyways! 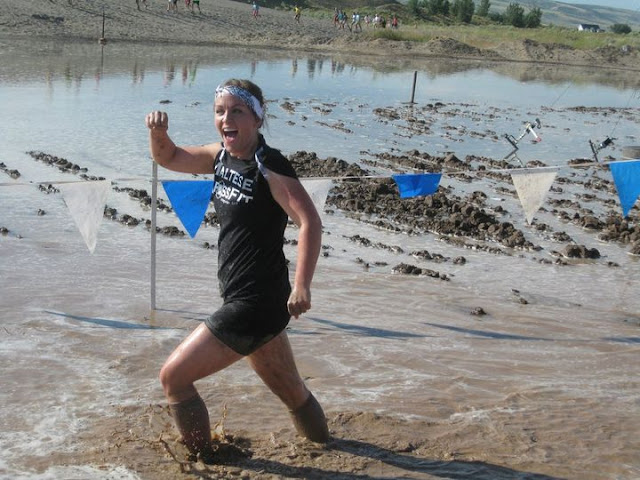 It may LOOK like there was no one else there…
but that’s because there really was no one else there!
HA…with the exception of a FEW more adults…we were the only ones over the age of 17!!
There was a separate race for Junior High and High School kids!!
ALL the surrounding schools came!
I felt so young and vibrant…kind-of…
until all of them lined up to watch and chanting…
“BELLY FLOP…BELLY FLOP!”
HA…your dreamin’ boys! 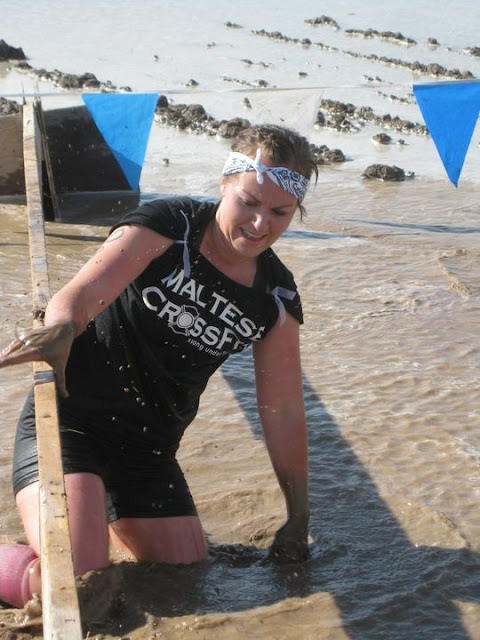 ENTERS: Sadie running to the finish line with…
yes…the 10 year old boy that ran along side her the WHOLE RACE!!
FOR THE LOVE!!!
I thought I was doing OK…
it was harder than I thought!! 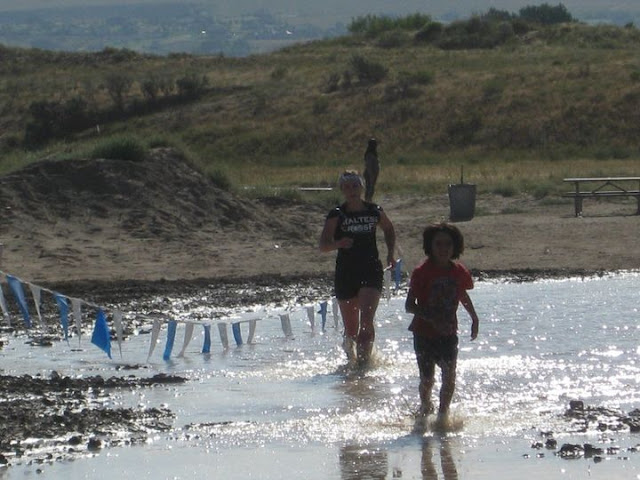 Just so you all know…at the end I pushed him down in the mud so I could beat him!!
OK I’m kidding…but don’t think it didn’t cross my mind!
He only beat me by 1 second…yes I did check! 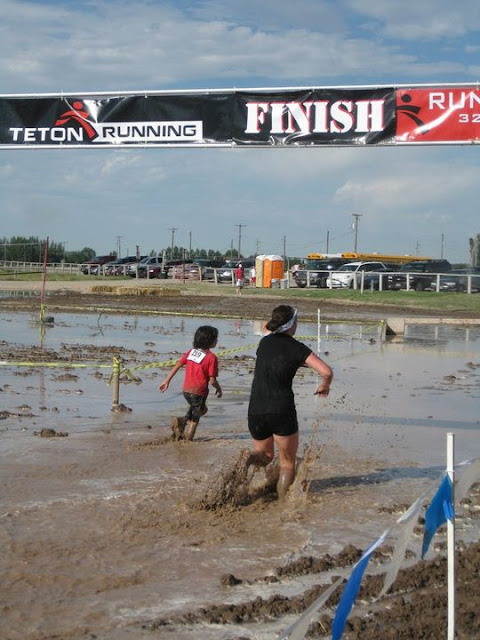 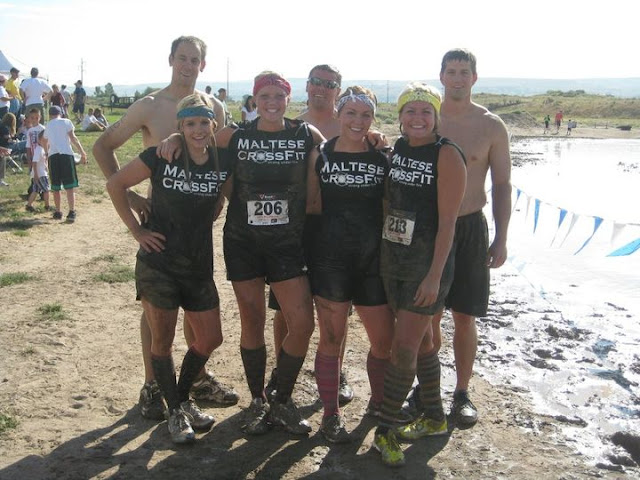 After the run we stuck around and played some INTENSE mud volleyball!
With people whose team names were…
Eat, Sleep, Beer
or
Fudder Muckers
…do I even have to say it…
there are no words!!
Thank you Idaho…thank you!
It was hilarious!
AND the best part is we TOTALLY SUCKED!!
We got a little better at the end but we were seriously struggling!
One team had people on the sides of the tape handing them drinks of beer after every point…
HA…we lost to them too!!
We were the most fit and sober team there…
that DIDN’T HELP AT ALL!!
DARN IT! 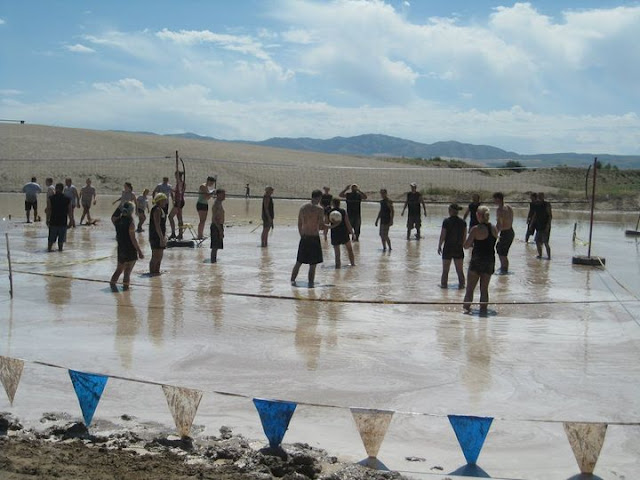 Once I got home the mud had started to crust and get everywhere!!! 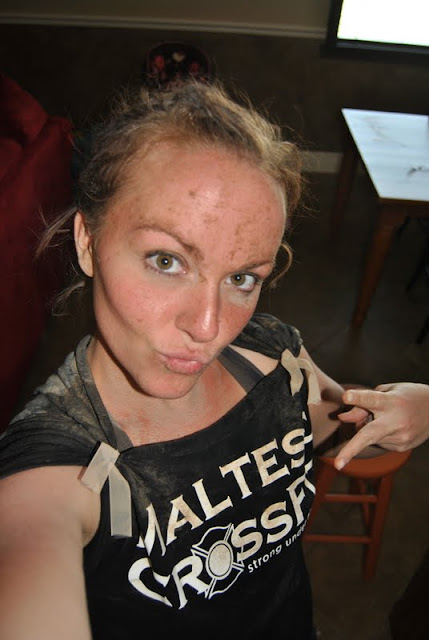 I was one dirty mess but man it was totally worth it! 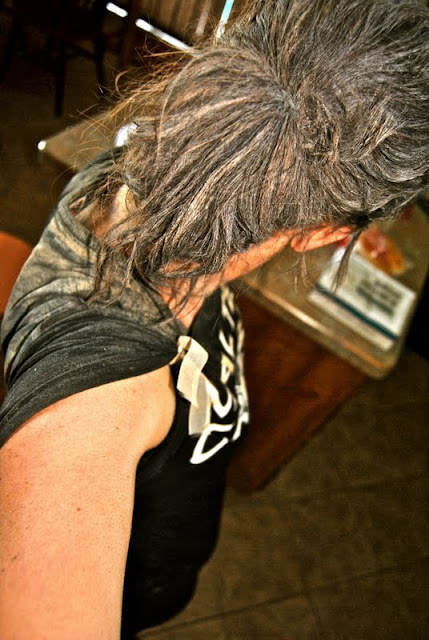 Next year we are going to win that trophy!!
XOXO
0 Shares
« CUTTING EDGE STENCIL GIVEAWAY and tutorial!!
GUESS WHOSE HERE!?! » 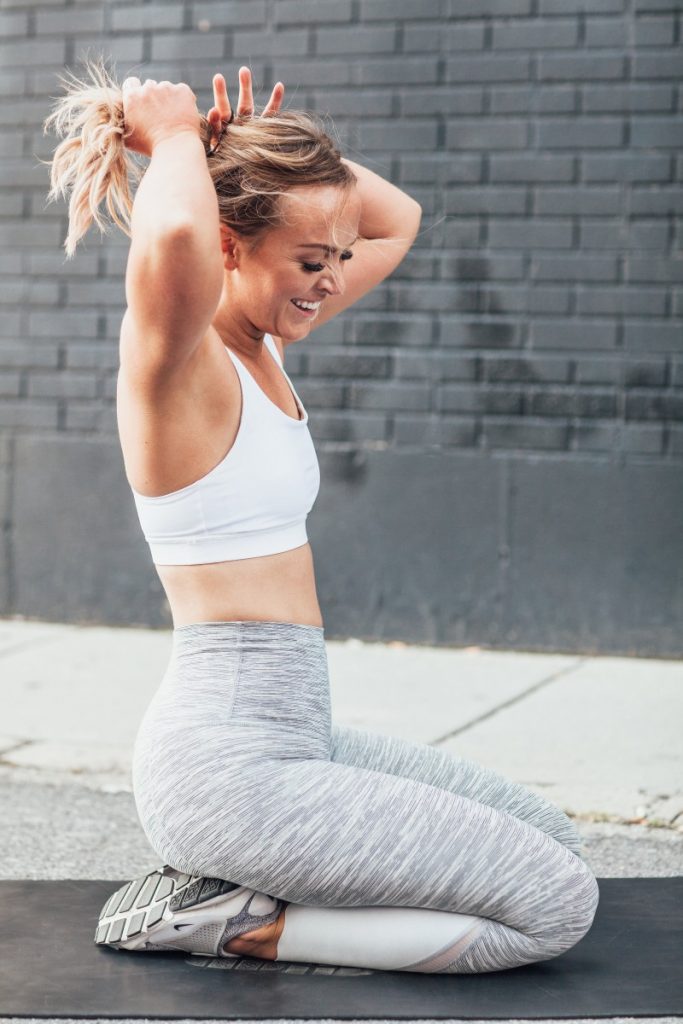